We did your Hypnobirth course at the end of last year, we did 1 big session 1:1 at your house and 2 group sessions in Kings Hill.

Had to deliver at Pembury in the end as had high blood pressure and decreased movements from 39 weeks, but they were FANTASTIC!

I have attached my birth story if this is of interest!

Hypnobirthing was amazing, the experience was amazing and I can’t thank you enough.

I absolutely loved reading these birth stories when I was pregnant so here’s hoping this one is of use to some of you.I had always dreamt of a natural birth and was determined to educate myself to allow this to become a reality.We did a face to face Hypnobirthing course with Anne-Marie late 2018 which was incredibly informative and so so useful.The science theory was brilliant at explaining HOW birth works and just eye opening, how the female body is designed perfectly.I was very lucky and had a very straightforward pregnancy, was able to gently exercise throughout and started experiencing mild Braxton Hicks from around 39 weeks.

Fast forward to 40 + 3 and was awoken with mild irregular tightenings at 3am. Managed to doze back off and got up around 9am. I sent my husband to work as they were very irregular and exceptionally mild. Around 10am I started noticing my mucus plug coming away.I hoovered the house, bounced on the gym ball and had lots of yummy snacks. I was determined to fuel up as was seeing labour as a marathon!Around 12:00 they became more noticeable regular and lasting longer so i downloaded a contraction timer and called my husband home from work.Once he arrived home he set up fairy lights, our chilled birth playlist, he gave me lots of light touch massage and kept me fuelled up. At this point the surges were 2-3 in 10 mins lasting for 30-45secs, my husband called triage for advice around 4pm and they recommended heading in to labour ward once they were 45secs-1minute and 3 in 10pm.I was religiously using the Up-Breathing at this point and found it invaluable during all of the up phase of labour.We headed in to the ward around 6pm the 30 minute journey was a challenge as I hated not being able to move around but my husband kept me calm and I had my headphones in.Was assessed by the midwife in triage at 7pm and was found to be 7cm dilated with bulging waters so was promptly transferred ( I insisted on walking ) to delivery suite.At this point the surges ramped up in length, intensity and duration. I was also very sick.Once in the delivery room ( the pool had already been run for me ) I dived in and the surges seemed relentless at this point. I could feel myself going up to amber/red so I tried some gas + air. I found it disrupted my up – breathing and was personally no use to me so after 5 mins I threw it away and promptly got out of the pool. This was the hardest part and looking back I realise this was clearly transition!!Back on the bed, I asked to be examined as I could feel this intense pressure and my waters had not yet released. ( Being on my back all be it temporarily was horrible !) However the midwife told me I was 10cm dilated  and my waters were bulging so she promptly broke them. This was just before 9pm.I instinctively then knelt up over the back of the bed and felt I had a small pause to allow lucozade/haribo before my body kicked into ‘down breathing’ and I felt and intense pressure with the need to bear down.The midwife was great at acknowledging my preferences and just helped me breathe down with each surge and I felt my body doing it for me. I must admit I didn’t feel the body coming down the birth canal but I did feel the pressure was mounting. The midwife and my husband were really encouraging and soon started saying they could see the top of the head. A few more surges and the head was there. This was definitely intense and there was a certain sting as the head crowned but another mini bear down and I felt the head/nose be born. I felt euphoric at this point and with the next surge I bore down harder than ever as was so keen to meet my baby.

She literally shot out and was caught expertly by the midwife along with a torrent of my hind waters.My husband announced she was a little girl and she didn’t even cry for the first few moments was just alert and looking around! She was passed through to me we had delayed cord clamping and she latched on immediately.I was recommend to have a managed 3rd stage as had quite a little blood loss. The placenta came away with ease after the injection. I was examined and found to have a 2nd degree tear ( I did not feel it at all at the time!!!).This was numbed under local and then I was stitched up whilst I was still breastfeeding.From being admitted to labour ward just after 7pm, the second stage began at just after 9pm and she was born at 9:54pm.The midwifes were so impressed with the speed of the delivery for a FTM and it helped explain why it was so intense at points.

I am writing this cuddling my 9 day old baby daughter who is super chilled, breastfeeds on demand with ease and cries minimally. I have no doubt some of this is due to her Hypnobirth experience into the world.

She arrived with no official pain relief just the 5mins of gas + air. Once the stitches have healed I would do it again in a heartbeat.

All I had heard pre birth was the stereotypical horror stories and I was determined to not have one of these.

Hypnobirthing is a life skill and I already shout about it from the rooftops to all of my pregnant friends. 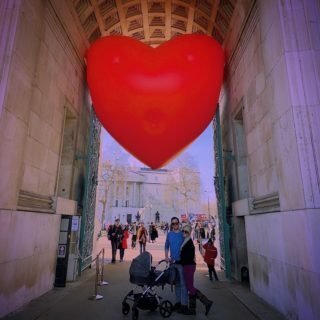 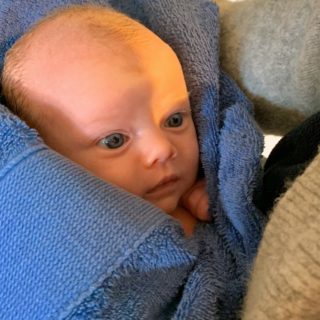